– a few facts from my family history:

There are two mayor family-lines: HORADAM and HESSE.

Horadam is a south-German family with some unusual aspects in their history:
One member of this family was the "Scribe" of Otto von Habsburg, from the imperial family in Vienna, Austria, who was sent to Athens to be "King Otto".
Horadam followed him as his "Scribe" until the Greek got rid again of this Royal import – but Horadam, his Scribe, stayed in Greece and founded a leading diplomatic line, still active today.

Georg von Horadam was a General of the Bavarian Army. Other family-members migrated to the USA, became successful and are now researching their German family roots. One of them, Joseph Horadam co-founded "Schmincke artists' colors" in 1981, today Germany's leading artists' colors manufacturers. His favorite line where Finest "Aquarell" watercolours. For their development, to successfully compete with British watercolours, he received patents all over Europe.
Joseph Horadam's nephew, Dr. Julius Hesse became Horadam's successor and – since three generations, the Schmincke-company is now owned by the Hesse family.

Since the nineteenth century, the male Hesses where chemists. Dr Julius Hesse had, however, many interests besides making the best possible artists' colours. Serving as an Artillery-Mayor in the German Emperor's army, he tried to promote peace between Germany and France. In 1912 he created a German-French literary society as a tool to promote peaceful cooperation between our countries.
To honor his efforts, the French Republic made Dr. Hesse an "Officier d'Académie". He proudly combined this French decoration openly with his German decorations as a symbol of peace. One hundred years later, after two world wars, France and Germany finally became a strong alliance in a more or less united Europe. 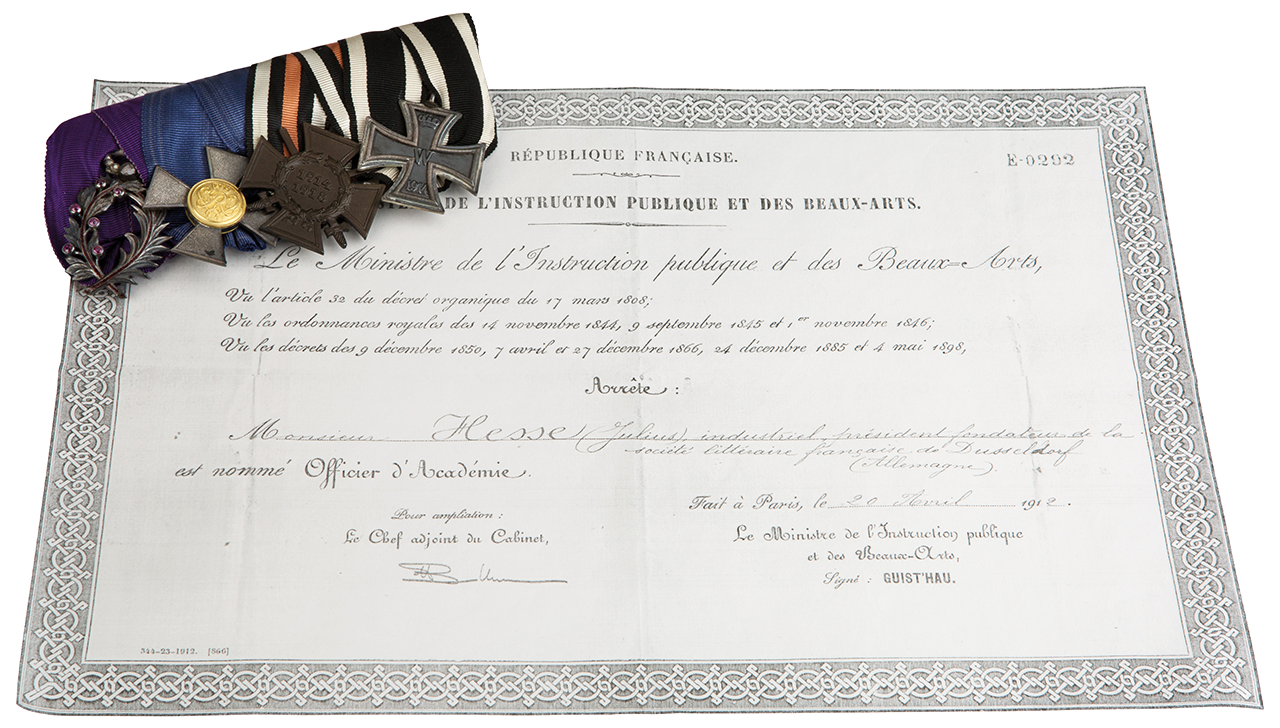